This is an excerpt from Keith Ward's book The Word of God?: The Bible After Modern Scholarship:

Ward doesn't explain what he really means when he says that he doesn't believe in demons. I guess what he really means is that he doesn't believe that demons do exist. Since the demons do not exist, it follows that there is no such thing as demon possession. So, when the authors of the Gospel recorded any incidents of exorcism, they, according to Ward, must have exaggerated what actually was a healing of a mental illness.

It's unfortunate that Ward doesn't explain why he doesn't believe in the existence of demons. So, I can just make a guess. I suppose, coming from a Western context where people don't seem to have many encounters with spirits, it's very hard for Ward to relate with biblical passages which talk about demon possessions. However, this is not the case with most Asians like me. It's quite easy for us to relate to these passages. I had a few encounters with spirits before. And I've heard similar stories from people around me. Ward might ask: How do you know that it's really an encounter with spirits? How can you prove that it's true? Well, I can't prove it. Just like I (and also, I believe, Ward) can't prove the existence of God. I just can say that it is plausible that the evidences (read: experiences) point to something which is more than mental illness. And it seems to be the case.

This reminds me of the limitation of our theology. One of the things which shapes our theology is our experience. Our experiences differ and are limited by time and space. It's always wise to acknowledge this limitation. So, at least we'll be open to the possibility that we may get things wrong, or at best we don't get the full picture of what reality really is.

Thanks for the link to the Parry & Kay book,

It's very interesting. I see that this includes a paper from Nigel Wright the Evangelical Principal of Spurgeon's College. His chapter presents "a non-ontological realist analysis of the devil and demons....it advances a position that denies them ontological substance" This seems refreshingly close to what our brother Keith Ward is saying. What were your thoughts on Wright's approach?

Well I suppose you're left with two options then: either demons don't actually exist and it's just a cultural/psychological phenomenon that's heavily entrenched in many Asian societies... OR God for some reason allows Satan and his minions to torment Asians, whilst sparing the west.

As I don't believe God hates Asians (!), I think the only credible Christian approach would be the first option.

Anyway, I suppose the reason Ward doesn't believe in demons is that there appears to be zero credible evidence that they exist. He believes that the world is, as science describes it, to a very large degree built upon robust physical laws which often imply states of evil: e.g. the laws of physics sustain the world in relative harmony and stability, giving humans space from God to develop and turn towards him freely, but at the same time sometimes things like earthquakes happen - a tectonic plates gotta do what a tectonic plates gotta do! Having thus rooted much of natural evil in the necessities of a physical world, ad hoc appeals to invisible evil super beings seem superfluous. Also from a theological perspective, it would seem odd that God would randomly grant so much power over the world relative to our own power - if we have enough free will to make the decision at the eschaton for Jesus and enter heaven, it seems grossly irresponsible to give certain beings thousands of times more free will than they need - and then purposefully hide their existence from the rest of the world! I find Ward's general solution - the necessity of physical processes this side of eternity - much neater :) 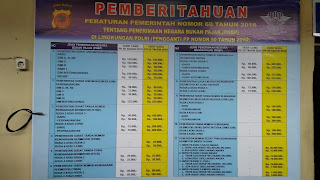